It seems that some people are seeing problems running vert.x on the Pi, so I decided to double check what I did over Christmas. I'm using the exact same configuration as the last time, so it's still the soft float implementation of Wheezy. If people still have difficulties duplicating what I'm seeing here then I'll try again with the hard float version.

So I worked my way through some of the vert.x Java examples only (I'll try the ones I missed at a later date). The thing to realise straight away is that if any of the examples tell you to point a browser, telnet or some other client at a running service then wait a while before doing so: the Pi isn't the speediest device on the block and sometimes it just takes that little bit longer to get going. Try running netstat in a different shell to see what ports have been created and bound as well:

Starting with EchoServer+Client (you may need to install a telnet client, or just connect from a different machine): 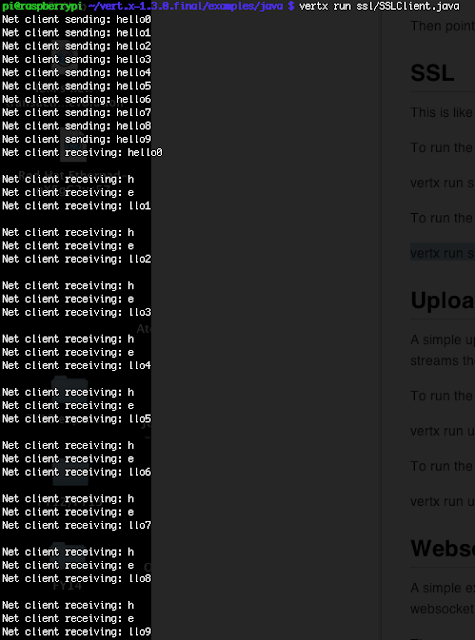 ... and a copy of top output to show the two instances running ... 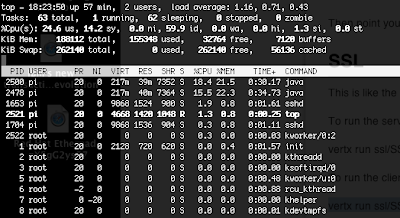 It wouldn't be a good test of the capabilities of the Pi and vert.x without some WebSockets running, so here's what you should see upon success: 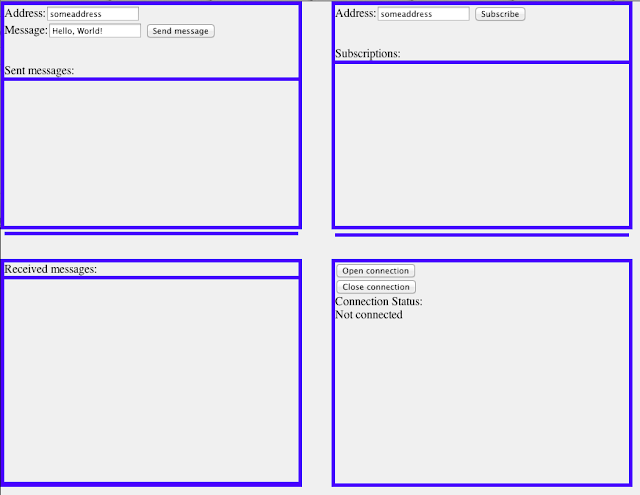 There were some failures. HTTPS for instance but I think this is a known problem and will investigate this further before posting anything. However, hopefully this is enough to be getting on with to show that it should be possible to run most (probably all) of the vert.x Java examples on a Raspberry Pi.